Solving plastic – One Green Desk at a time 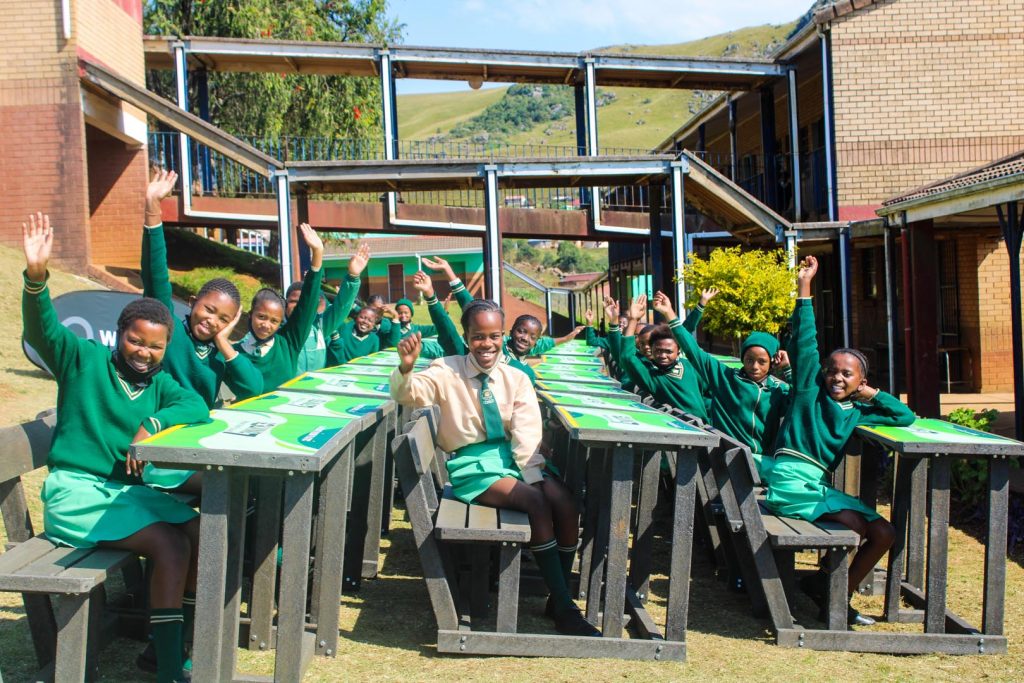 WILDLANDS, a programme of the WILDTRUST in partnership with Solving7, a registered Not-for Profit organisation, handed over 100 green desks to local primary schools, Ndlelayabasha (50) and Hlangeni (50) Primary schools in the Willowfontein and Taylours Halt communities respectively, in Pietermaritzburg, Kwa-Zulu-Natal (South Africa) yesterday. The Green Desk initiative was launched in 2016 by WILDLANDS […]

DONATION OF SCHOOL BENCHES FOR 100 CHILDREN Press release 2 December 2020 Two schools in Phagameng, Maokeng Primary and Modimolle Primary, were each blessed with school benches for 50 students. I identified the two schools based on my conversation with the two individual principals during a visit in September. I was also limited to schools in Phagameng but will be able to […]